It’s amazing how 6 weeks can both fly by and yet still feel like ages at the same time, and that’s what I was thinking about as I waited on the platform at St Pancras for the train to Bedford this past Saturday.  I was heading to Bedford to run in the Twilight 10k (part of the Bedford Half Marathon Weekend) which would be my first race since my half marathon six weeks ago. 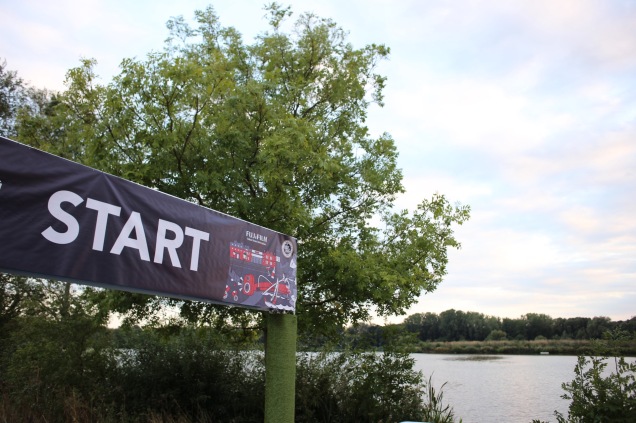 In the intervening six weeks I haven’t exactly been running strongly.  I didn’t run for over a week initially, then a holiday to Paris and moving interrupted progress before three weeks had gone by without much sustained training.  So the few weeks leading up to Saturday felt a bit like getting back to square one and at times it felt like a bit of a struggle to get back into my routine and I certainly felt like i’d lost a bit of speed as a result.  But I kept at it and felt pretty good as I arrived in Bedford, I was actually quite excited to run a 10k again.

Having never been to the city before I ended up getting to Bedford much earlier than I needed to, so had a wander round the city centre before eventually finding the right bus stop to head to Priory Country Park.  As per normal I managed to get lost at one point but just followed the other runners I saw and ended up in the right place.  Having not received my race number in the post (which I genuinely don’t know if it’s because I opted to pick it up or it got lost in the post) I was able to pick up my bib incredibly quickly from the race desk leaving myself an hour to kill in the park.  Luckily it was a beautiful day and a beautiful park so not a terrible place to spend some time to relax pre-race.

I was in the third wave and we got going fairly easily, though I was a little surprised how we started.  The wave was called forward to walk to the start line, but there never really felt like there was a proper start (or at least not one I could hear as the tannoy was terrible) – to the point that by the time I got to the start line it had sort of creeped up on us and we seemed to be walking across it!  But we got going and pretty quickly I realised this wasn’t going to be the run I was expecting. 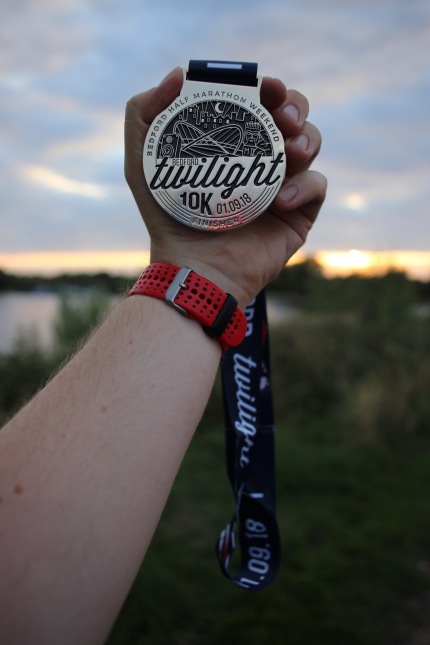 I’ve only ever really done road races before and given the description of this as a fast and flat course i’d been assuming this would be much the same.  However the first and last 2.5km definitely had more of a trail run feel.  We were running across fields, on dirt paths and on narrow trails through the woods, basically quite a lot of uneven terrain which my legs were a bit unsure about.  But on the plus side it was a beautiful run, most of the course felt like it was along the water, whether on the lake or along the river and as a result there were quite a few bridges to run across.  The route also meant at time some of the course was quite narrow – especially towards the start – and this created a few points where some runners were having to slow down as there was no space to overtake.

Having expected to run this in slightly cooler weather I wasn’t initially concerned when the organisers said there would be no water for the 10k runners but when the day arrived and it was predicted to be quite a hot day it felt like the wrong decision of the organisers to not supply any form of hydration.  But luckily the organisers must have realised this and a water station was set up around the 5km mark – where I some how managed to drop a whole cup full of water over another runners feet (oops!).  Not long after the water station there was also someone handing out jelly babies next to the race photographer.  Now i’ve got no idea if this was deliberately planned or just a spectator handing them out, but standing next to the photographer probably guaranteed people looked a little happier than they might have done in their race photos – I certainly did! 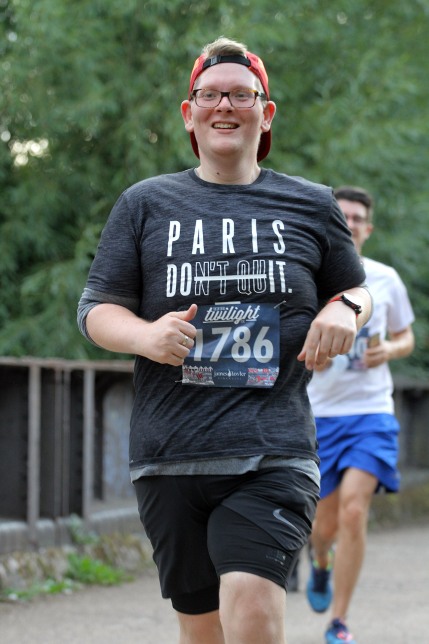 Finishing in 1h 12m meant this was my second slowest 10km run and while there are certainly reasons for that I don’t really care.  Sure I was hoping I might run closer to 1h 8m but I was just so happy to be back out that the time didn’t really matter to me, I was just enjoying doing another 10k. 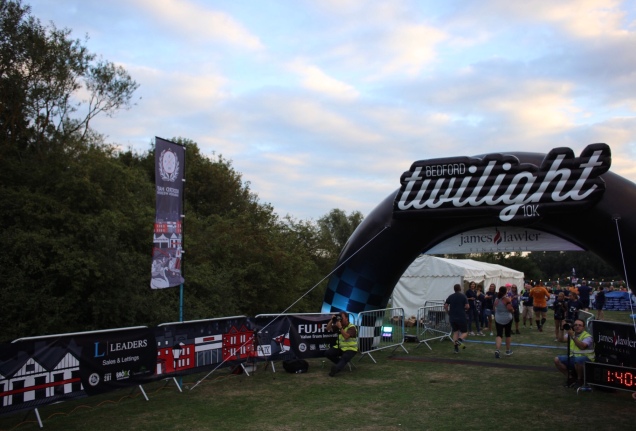 So all in all I loved this race, in fact it was possibly one of my favourite races of the year so far.  Yes, it wasn’t the run I was expecting, but it was such a beautiful course (especially running towards sunset) and such a fun and friendly atmosphere that I would happily go back to run this again next year.  Added bonus that the medal was fantastic and you got a great finishers T-Shirt as well. 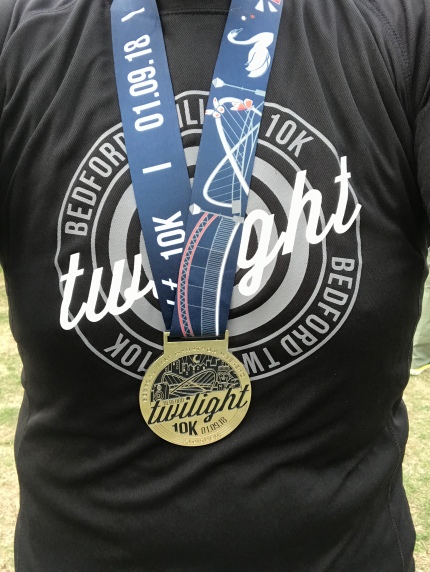 Next up i’ve got a big weekend of racing coming up in two weeks as I run in the Richmond Runfest Kew Gardens 10k and the Adidas City Run – Clapham 10k back to back on the 15th and 16th September.  Then I’ve got my last big run of the year with the Royal Parks Half Marathon in October after which my focus will be entirely on the big one coming up in 2019 – but more on that in a future post.